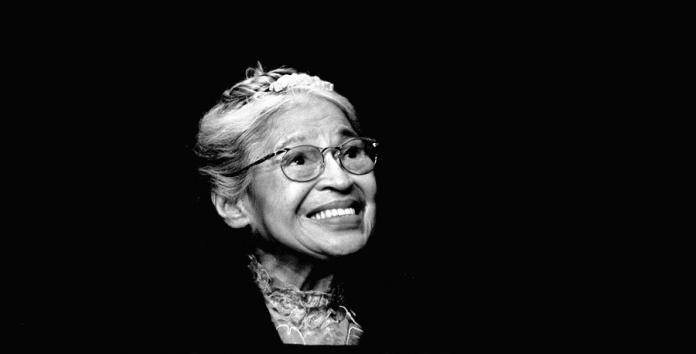 Parks’ refusal to give up her bus seat to a white man started the US civil rights movement. One day in 1955, she was sitting on a bus in Montgomery, Alabama, when a white man demanded her seats. Mrs. Parks refused, breaking the law which required blacks to give up their seats to Whites. Accordingly, she was arrested and fined. This triggered a three-hundred-eighty-one day boycott of the bus system, organized by a then little known Reverend Martin Luther King Junior. the bus boycott opened a seating on Montgomery buses and launched a wave of protests that stopped segregation laws. This marked the birth of the US civil rights movement.

Years later, Rosa Parks, interviewed by a journalist, remembered that momentous day: “The driver said that if I refused to leave the seat, he would have to call the police and I told him just call them, which he did. When they came, they placed me under arrest.”

“Wasn’t that a frightening thing, to be arrested?” The journalist asked. “No, I wasn’t afraid at all. I had decided that I would have to know once and for all what rights I had as a human being and a citizen, even in Montgomery, Alabama,” she replied.

Her public stance made her a symbol of the civil rights movement. It, however, made it hard for her to get work in Alabama. She and her husband, Raymond, moved to Detroit, where she worked as an assistant in a congressman’s office. Upon her retirement, Mrs. Parks devoted her time to an institute she and her husband founded, aiming at developing leadership among young people.

In 1996, she received the Presidential Medal of Freedom, and three years later, she was awarded the United States’ highest civilian honor, the Congressional Gold Medal. She will be remembered for the way her quiet resolution in the face of Injustice helped change America.