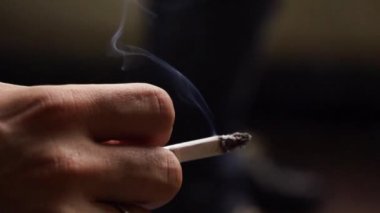 Governments in developed countries are trying to reduce smoking through advertising restrictions and court actions against the tobacco industry. But they are also increasingly reliant on the billions they collect on taxes from cigarette smokers. Can they do both or are they guilty of hypocrisy? Is smoking a personal choice or a public health issue that has to be regulated?

“This is less an issue of ‘free will’ than some suggest. Nicotine is highly addictive, so that once one starts smoking for any reason it is extremely difficult to stop. This is the hidden danger of the substance and the reason why comparisons to wine, autos and other ‘personal choices’ don’t work. Banning tobacco in its present addictive from is a certainty in this country. If a non-addictive replacement is offered, it will probably be as popular as chewing gum.” (Tom Neff, New York, USA)

“I have smoked since I was 15 and I know it is extremely bad for me, but I enjoy it. As other smokers will know, there are certain cigarettes you have every day, which you really enjoy – the one after the meal, the one with a cup of coffee, the several while you’re drinking and always the one last thing at night. As an individual, I would like to make my own choices, as I do in other aspects of my life, like the work I do, the people I socialize with, etc. I am not about to let the government dictate to me those things. Leave our choices alone – we are individuals with minds of our own!” (Julia, Rees, Reading, England.)

“I’m quite happy for anyone to condemn themselves to a slow death via lung, throat, tongue or bowel cancer as long as they accept the responsibility for it. I went to a cofé in San Francisco and it was so nice to emerge from there with my hair and clothes not stinking of cigarette smoke. So smoke if you want, but just don’t inflict it on others.” (Steve, London, UK)

“As a doctor, I regard smoking as one of the most dangerous “hobbies” there is, and the world would be a far better place without tobacco. Prohibition only creates problems, but what is needed is a clear policy of making smoking as socially unacceptable as possible. The EU suggestions on gruesome pictures are a step in the right direction, but need to be combined with a complete advertising or sponsorship ban, and replacement by adverts aimed specifically at children ridiculing smokers.” (David Harvey, Swansea)