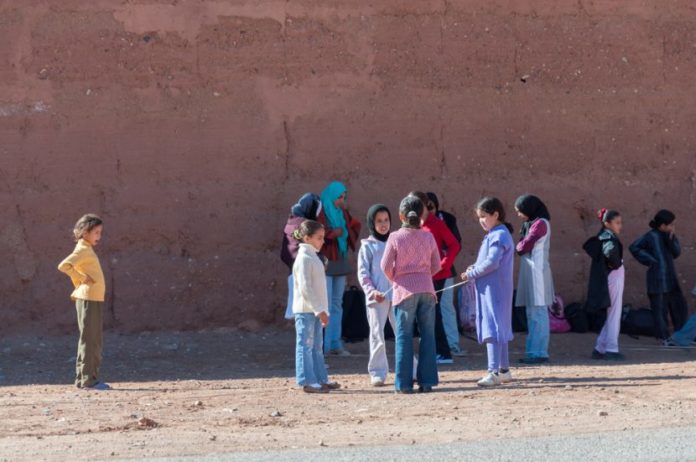 Awatif Morsy will never forget the day she heard that a new school was to open in her village. “someone came to the house asking for the names of the children who weren’t attending class”, she recalls. “My mother gave them my name. I was so excited.” Like most eight-year-olds in the village of Beni Shara’an, Awatif’s life until that important day was divided between back-breaking work in the nearby fields or at home. To girls like her, the new school – a single classroom on the ground floor of a converted house- was a dream come true.

Not everyone in the village was so enthusiastic, at least initially. Some farmers complained that the school would deprive them of the cheap labor the children provided. Even Awatif’s own step-father, Abdlwadoud, was unconvinced. “What does a girl need to study for?” he would ask. Happily, that wasn’t the view of Farouk Abdel Naim, the elderly merchant who was persuaded to donate the premises for the school to use. “I’ve come to believe that a girl’s education is more important even than a boy’s,” Mr Abdel Naim says. “A man can always make something out of his circumstances, but a girl can’t. She needs to be educated in order to get on in life”.

Ten years on, it’s hard to find anyone in Beni Shara’an who doesn’t share that opinion. The school – which has now expanded into three classes – is today seen as a wise investment from which the community is getting tangible rewards. Take the example of the shopkeeper Ahmed Abdel Jaber, himself illiterate. “Until Rawia went to school, my store accounts were in a complete mess,” he recalls. “Butts before long, she was taking care of all the books for me, as well as helping her elder sister to read and to write.” Rawia is disabled, but her father says she’s the most capable of his four daughters. “I can say that to me, Rawia is no longer just a girl; she’s more precious than ten sons.”

While the drive to gets more Egyptian girls into school is bringing benefits in places like Beni Shara’an, the impact has been felt nationally. From 227 community schools set by UNICEF and its partners since 1990 has emerged a campaign setting girls’ education as one of Egypt’s top development priorities.